The M2-PK (M2 Pyruvate Kinase) test by the German Biotechnology company ScheBo® • Biotech AG is a screening test for colon cancer, which detects the M2-PK enzyme in its oncogenic isoform released in large quantities by cancerous cells in stool samples. The enzyme is responsible for the final stage of glycolysis, a cellular procedure in which glucose is utilised as a substrate to produce pyruvic acid and energy in the form of ATP. According to scientists, the expression and action of the enzyme, specifical of enzyme’s M2 isoform, increases in a variety of cancer types.

The detection of increased enzymatic concentration is associated with the early detection of bleeding and non-bleeding polyps of the colon and rectum, colon cancer, rectum cancer, acute and chronic inflammatory bowel disease, as well as many other diseases of the digestive tract.

The detection of neoplasia (beginning of tumour) or an existing bowel cancer used to take place with non-specific examinations to detect blood in the stool. These non-specific tests can result in false positive results due to the presence of haemorrhoids or other sources of bleeding in the gastrointestinal tract.

Below, the main benefits of the ScheBo® • Tumour M2-PK™ test are listed:

This test is considered as the best test for the detection of colon cancer.

It is important to note that in no case this test replaces colonoscopy, but it is a non-invasive test which is not affected by diet or the consumption of any food prior to sample collection and examination. This test can act as the first step in early detection of colon cancer in men and women with or without genetic predisposition to gastrointestinal cancers. 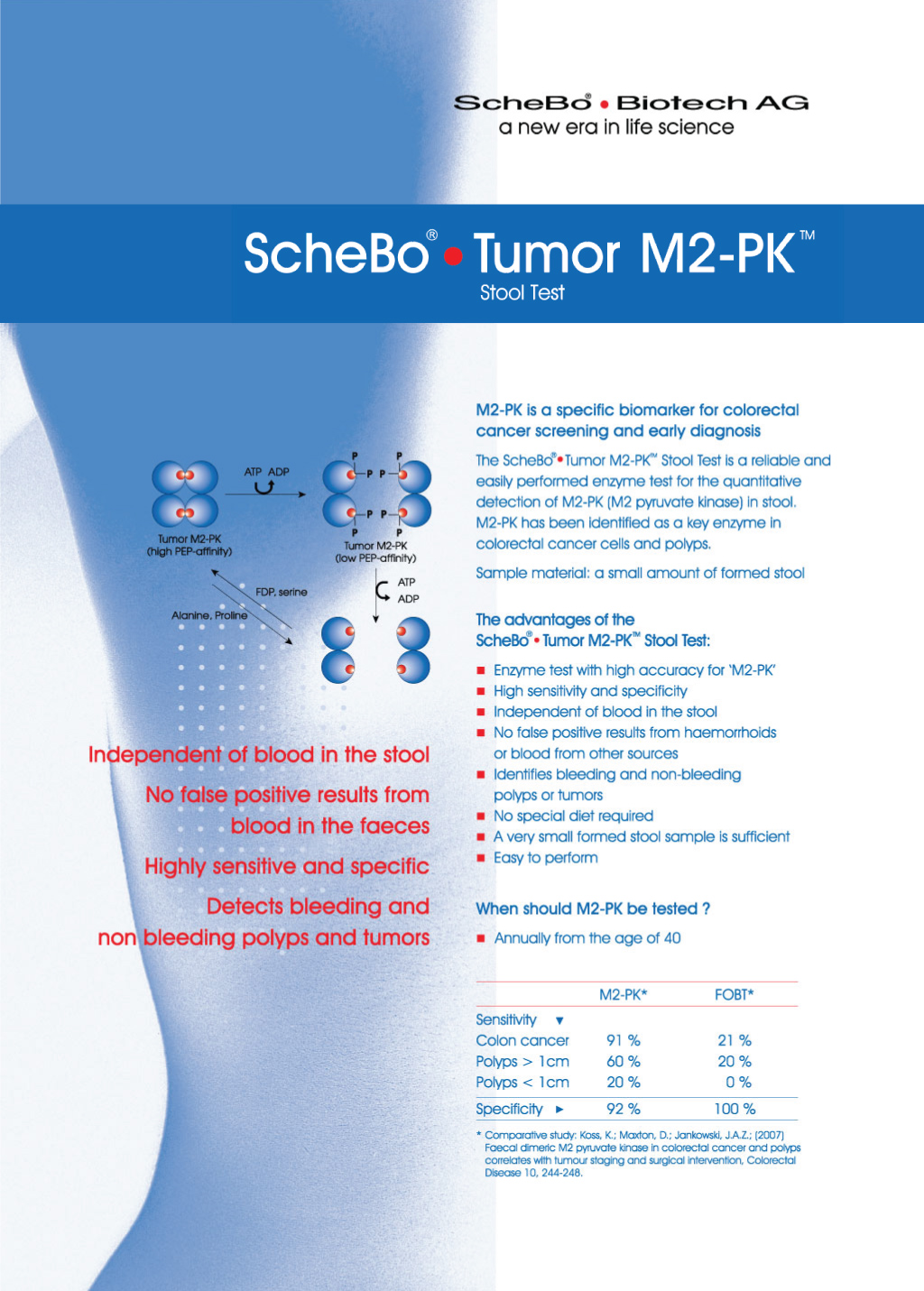 CERVICAL CANCER AND HPV Using advanced technology in combination of the extensive education and training of the molecular biologists at A. EVANGELOU MEDICAL LABORATORIES, we are in a position to exclusively offer to the Cypriot population this innovative and reliable test.
MOLECULAR RT-PCR for SARS-CoV-2 (COVID-19) Coronaviruses are a large family of RNA viruses that infect humans, alongside other animal species. In humans, coronaviruses can induce a variety of complications, from a simple cold to severe acute respiratory syndrome type 2 (SARS).

We investigate today
to discover tomorrow…